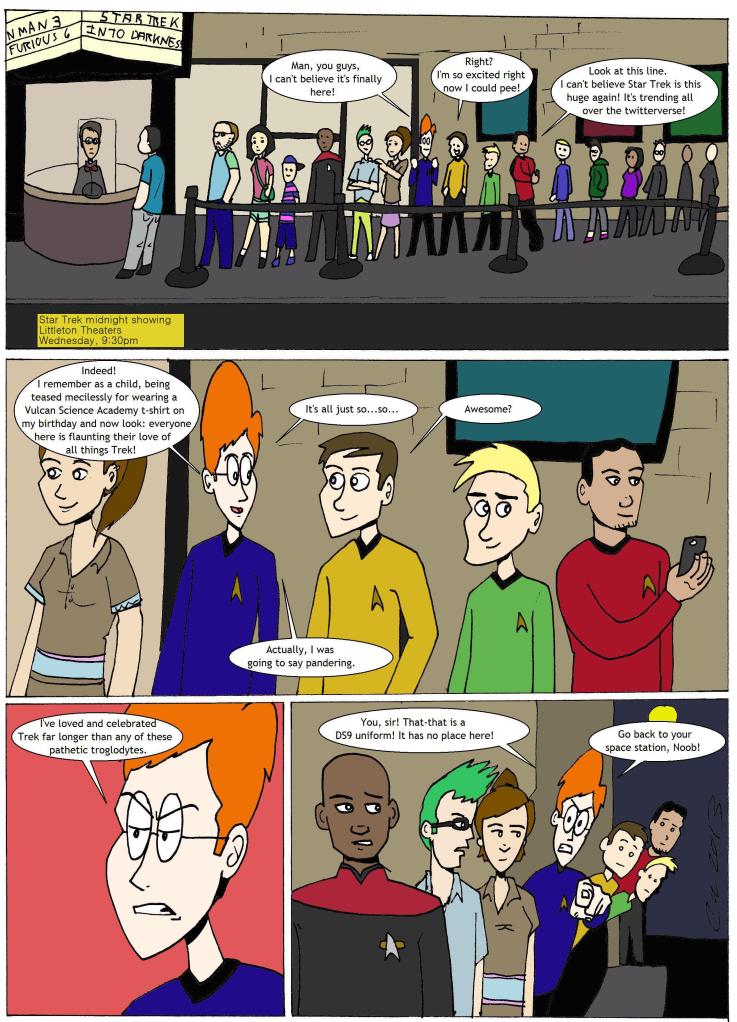 Today’s comic was actually going to be longer but due to time constraints, the rest of it will be completed for next week and will be a double-sized strip. With it, I’ll be closing out the current storyarc and begin the start of a new beginning for our intrepid geeks and the return of a familiar character when we hit the milestone 100th comic at the end of the month! May not seem like much but it’s the longest I’ve stuck with any one comic since I was in high school.  Thanks for sticking with me and I promise the comic is only going to get better!

Get Geek Theory in your inbox every week!

Find out when the new comic is online.

Get sporadic updates about is going on in the world of Geek Theory.